Bob Nicolet, class of 1955, is one of the giants of Whitefish Bay athletics.  Simply one of the best ever Bay athletes.  He amassed an amazing 14 letters in Football, Basketball, Baseball, Golf and Tennis.  He’s one of three Bay guys in the Suburban era that I’m aware of that were named 1st Team All-Suburban in both football and basketball.  The 8-0 1954 football team murdered everybody and was one of the greatest in Bay history.  They outscored their opponents 232-33.  The basketball team went 13-1 in Suburban play to win the Suburban title by two games over Shorewood.  Bob went to Stanford where he was a starting quarterback, team co-captain and graduated with a degree in Geology in 1959.

Bob’s well-deserved induction into the Whitefish Bay Athletics Hall of Fame as part of the seventh induction class will take place on April 21, 2018.

An article written during the 1954 football season. 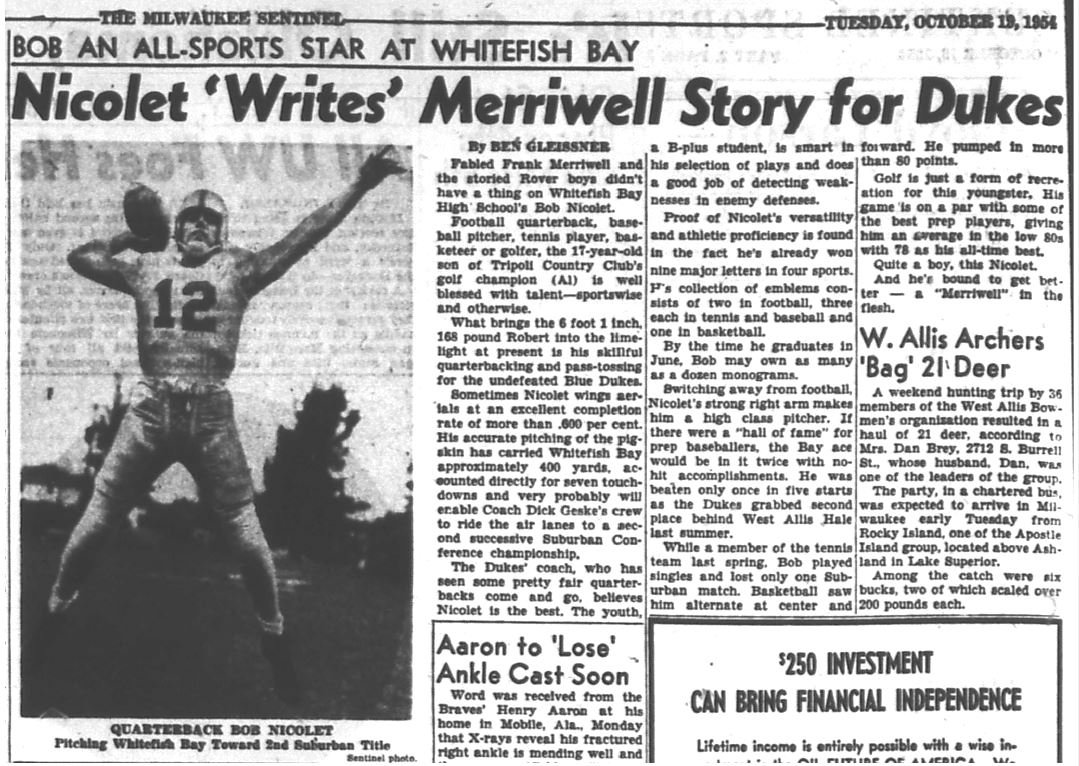 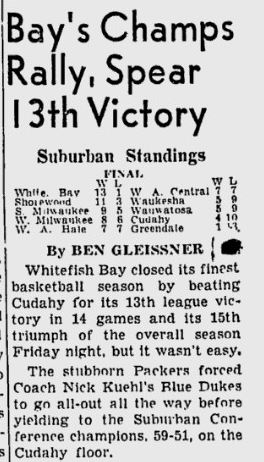 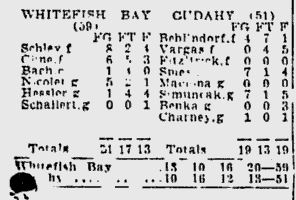 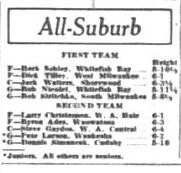 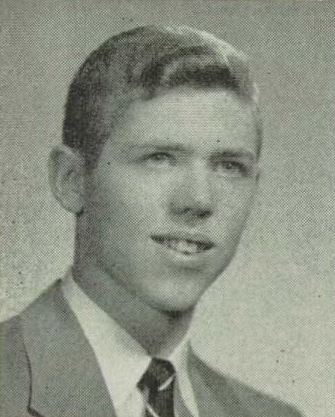 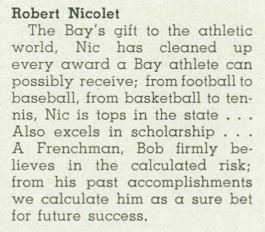 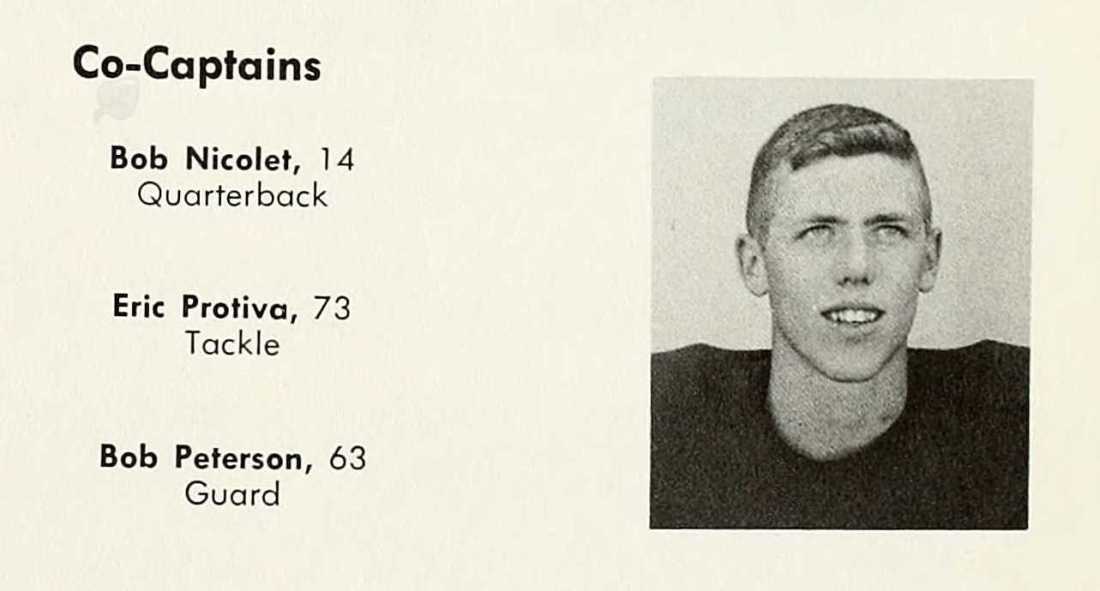 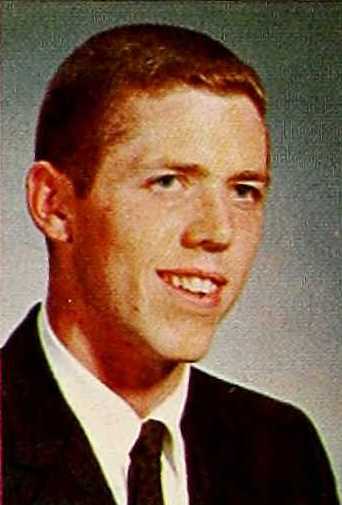 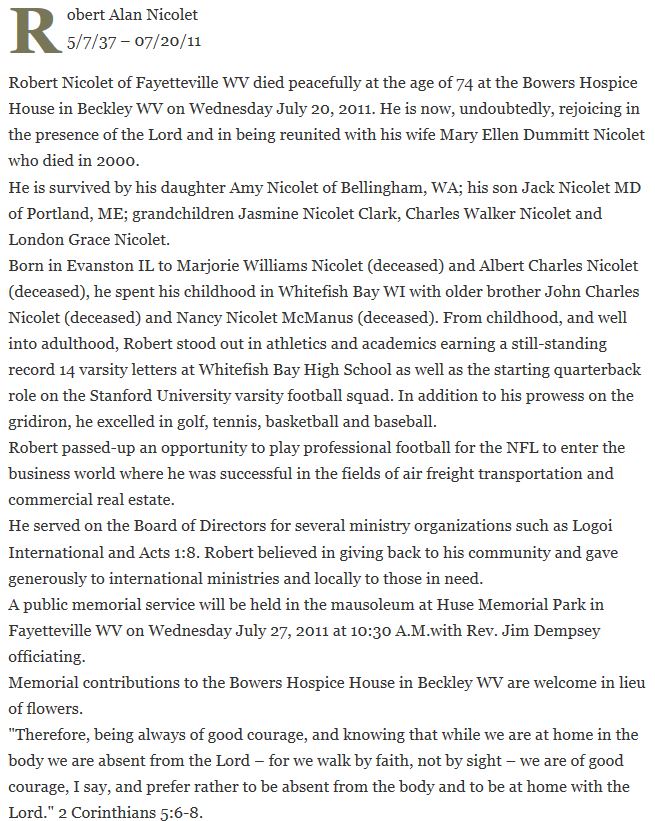 One thought on “Bob Nicolet: Nic Is Tops In The State”